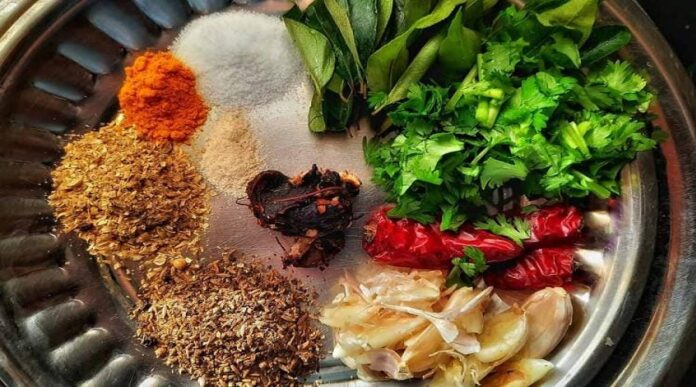 In recent human memory, there’s never been more of a reason to stay healthy. The coronavirus pandemic has forced the world to reckon with what it means to be ‘vulnerable’ to a virus that manifests itself as a mild cold in some and a deadly disease in so many others.

People believe that a strong immune response can be crucial to that distinction (even if it isn’t) — between March and July, Google searches for ‘immunity-boosting’ foods spiked in India, as the number of COVID-19 cases in the country and around the world grew.

The search for ways to ‘boost’ immunity has led many to their kitchen cupboards and grocery store aisles, as rumors, WhatsApp forwards, and newly-tweaked branding offer promises of a one-size-fits-all path to building immunity. However, they may be searching for a silver bullet that doesn’t exist.

Drinking certain concoctions as a preventative measure, or simply to make you feel better when you have a cold, isn’t new to many Indian households. Haldi doodh (turmeric milk) has been exported to the west as a “golden latte”, the palm juice called Neera, the best immunity booster promoted by Telangana Government, and kabasura kudineer, an herbal drink, has been promoted by the Tamil Nadu government in recent months.

But fear and anxiety around COVID-19 have pushed people to seek protection in the form of familiar foods and spices. WhatsApp forwards has hailed the curative properties of rasam, while brands are releasing products with the ‘immunity’ tag, including cooking oils, chicken and ice creams made with turmeric, ginger, and tulsi.

“How many of the immunity boosters in the marketplace actually do anything at all? And the short answer is none of them have provided any real evidence that they boost immunity,” said Dr. Satyajit Rath, an immunologist with the Indian Institute of Science Education and Research. In one sense, these are just placebos, he said. But on the other hand, “I’m unhappy because that feel-good boost is based on an erroneous understanding of immunity.”

Immunity is the body’s response to foreign entrants seen as a threat, including bacteria, viruses, allergens, and more. The immune system recognizes particles called antigens as foreign and reacts to them. However, the messaging around ‘immunity boosting’ products would lead you to believe that there is a simplistic and homogenous path to strengthening it. That, however, isn’t the case.

“Boosting immunity makes it sound as though immunity is one thing. But it isn’t. It is a number of different responses that are sometimes useful and sometimes not so useful, depending on what the microbe is. An immune response that would be useful to limiting one virus may not limit a bacterial infection, for example,” Dr. Satyajit Rath said.
“So what exactly are the immunity boosters boosting? The whole notion only makes sense if immunity was one thing,” he said.

Many of these new products rely on age-old ideas, but they can also lead to misconceptions around the idea of immunity. The official Twitter account of the Food Safety & Standards Authority of India (FSSAI) tweeted a video in July to dispel some of the myths around food and COVID-19, such as ”Eating foods like garlic, bitter gourd, lemon or turmeric prevents or treats COVID-19.”

“All these foods have antioxidant properties and they boost immunity but there is no evidence as of now that they prevent or treat COVID-19,” Dr. Neha Pullela, an assistant professor at the Department of Food & Nutrition at Osmania University, says in the video. The FSSAI also warns against excessive consumption of certain spices which could have adverse effects on the body.

Countries around the world are discussing new ways to keep safe amidst the virus until a vaccine is available, but in India, the idea of immunity often lies in traditional customs.
Nidhi Sinha, head of content at Mintel India Consumer, which tracks consumer and marketplace patterns in India, said that since the pandemic started, there has been a surge in people looking for “immunity-distinct” products. And brands are happy to comply. Amul has launched an entire ‘immunity’ line, with star anise doodh, haldi ice cream, and its “immuno chakra” ice cream with turmeric, ginger, and tulsi. Mother Dairy also launched its own turmeric milk packs, ITC has a line of immunity juices, and Dabur’s Chyawanprash has recorded a high growth in sales. Even pre-existing products are being repurposed with an ‘immunity’ angle, such as water purifiers and tea brands.

Familiarity and a sense of comfort are important to that messaging, Nidhi said. These brands aren’t introducing new elements to the consumer’s life, but rather taking traditions and customs that are known, and offering them in a different format.

Dr A Swarna Reddy, the head of the department for Home Science at Osmania University in Hyderabad and convenor of the Nutrition Society of India for the Bengaluru Chapter, notes that using these ingredients in home remedies is not new, but the pandemic has changed the perception of them. “These foods which were in our tradition have come to the limelight. We have started giving them more importance because of COVID-19.”

When her child was young, she would give him a concoction of karpuravalli leaves, cinnamon, cloves, and salt as a preventative measure at the onset of a cough or cold. “Most of them, I could prevent from going to the doctor. Most of the time, not always.”

While home remedies were always considered preventative measures, fear and hype may have pressed people into thinking of them as something more. “The fear factor should go from us,” she said. “Everything should be taken in moderation.” #KhabarLive #hydnews

All Covid-Designated Hospitals Booked At ‘Full Capacity’ In Hyderabad, What Next?...

Zayn Malik to Miley Cyrus: Celebrities who claim they have seen...

Centre for ‘Animation, Visual Effects, Gaming and Comics’ courses to be...

Kartik Aaryan’s Sweet Gesture for his Fan on Social Media is...

A year of legal upheaval and the fear of demographic change