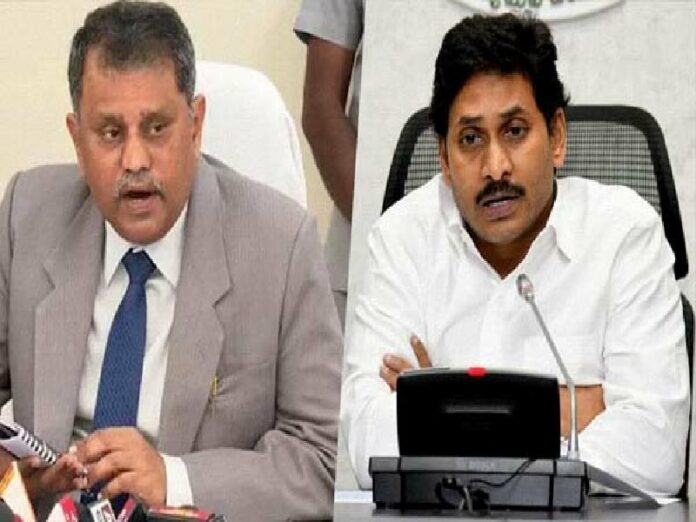 Undoubtedly, the most crucial cog in the wheel of a healthy democracy would be elections.

Elections are also a tool for gauging public opinion on governance. The general perception is that local body polls reflect the mood of the people on the functioning of the ruling party though they are held on the basis of local issues.

A ruling party candidate who seeks public support to head the village level governing body or local government will only lose if the voters are not satisfied with the Government.

For a moment, if we set aside the question of who will blink first in the ongoing tussle between the State Election Commissioner and the Government, the fact remains that ultimately, the issue will have a negative impact on democracy itself, since it’s already been given a political colour.

Detractors of SEC Nimmagadda Ramesh Kumar have gone to great lengths to portray him as a stooge of the TDP, and as someone implementing a grand conspiracy to malign the Jaganmohan Reddy Government. To support this allegation, they point to the fact that the SEC was appointed during the rule of Chandrababu Naidu.

Some of the more excitable ones ‘advise’ the SEC to put in his papers, join the TDP and contest the next general elections. It’s unfortunate that no one, including Members of the State Cabinet, have condemned such a serious allegation.

As of the moment, the SEC has approached a division bench of the High Court against the single bench order setting aside the election schedule released by him.

In his plea, the SEC has pointed out that there has been no instance of the election schedule being disturbed by any court across the country. Interestingly, both the AP Government and the SEC are contradicting their earlier stand.

A year ago, the State Government had been exceptionally enthusiastic on conducting the local body polls, pointing out that the State stood to lose Rs 4,000 crore from the Finance Commission if the elections were to be delayed.

Refusing to go ahead with the elections on account of Covid-19, the SEC asserted that the Finance Commission could be convinced by ‘explaining’ the situation arising from the pandemic.

The SEC’s decision upset the Government, and its plans. Clearly, the Government did not take too kindly to the decision, since it was enjoying what is known as the ‘honeymoon period’ and its chances of a sweep at the hustings would have been extremely bright.

The Chief Minister let his anger show, going to the extent of even criticising Ramesh Kumar on caste lines and accusing him of trying to benefit the TDP. The rank and file of the YSRCP followed Jagan in lambasting the SEC.

The criticism reached a crescendo, and the Government appeared to be wishing for a ‘favourable’ SEC to help it fulfil the election process made to local bodies.

The Government tried to replace Ramesh Kumar by bringing septuagenarian Kanagaraj, a retired judge from Tamil Nadu after curtailing the tenure of Ramesh Kumar from five years to three. How Justice Kanagaraj managed to Vijayawada from Tamil Nadu when the entire country was under strict lockdown is a mystery that confounds still.

It’s a different matter altogether that Ramesh Kumar overcame all the hurdles he faced and was able to return to his job. His latest salvo at the Jagan Government, in the form of the election schedule, was deflected by the High Court. Expectedly, the court verdict was hailed by the YSRCP, understandably so since the Jagan Government has a record of receiving negative verdicts. This may not be the end to the story; the case may wind up in the Supreme Court.

By trying to get the elections put off, the Government may have led to the perception that it is scared to face the electorate, probably due to a rather poor record on basic amenities.

There have been instances where the ruling dispensation suffered reversals in the local body polls after sweeping the general elections. In 1987, the Congress won more seats than its own expectations, leaving the then ruling TDP in disarray.

The fact that the Government has been citing Covid as the reason to get the local body polls put off holds little water. The Government’s commitment to arrest the spread of Covid has come under a cloud after the ‘Amma Vodi’ programme conducted at Nellore resembled a public meeting. None of those on the dais, except the security personnel, were seen wearing face masks.

After such scenes, it appears strange that even government employees associations are citing Covid to get the SEC put off the elections. Strangely, these same associations kept silent when carrying out their duties at liquor shops that witnessed heavy crowds soon after they were reopened. #KhabarLive #hydnews

‍KTR Will Sworn As ‘New Chief Minister’ Of Telangana on February 18! | #KhabarLive Hyderabad

Mandana Karimi Is Shocked With What Happened To Her On The...

The new season of Big Boss will have these interesting changes

Shilpa Shetty has a special way of wishing R Madhavan on...