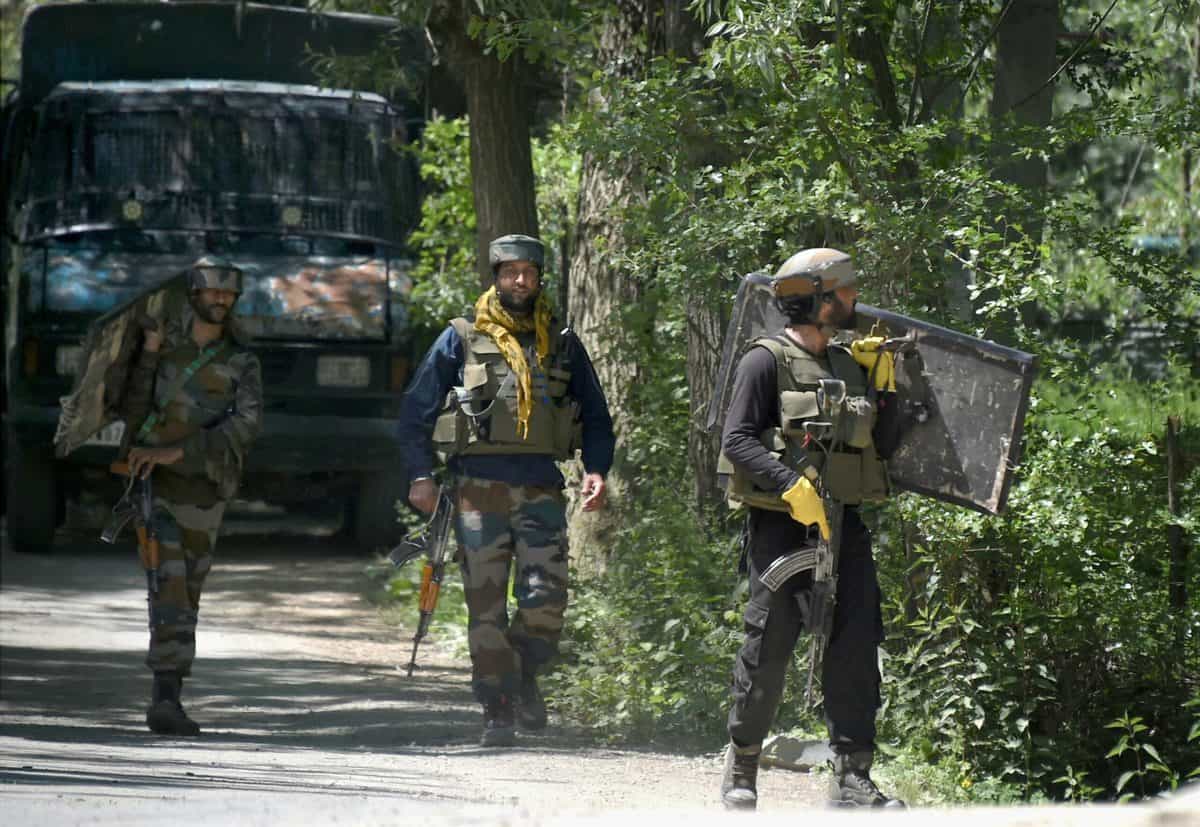 Pulwama: Army soldiers during an encounter with militants at Beighpora area in Pulwama district of South Kashmir, Wednesday, May 6, 2020. Commander-in-Chief of Hizbul Mujahideen Riyaz Naikoo and three other militants were killed in two different operations by security forces. (PTI Photo/S. Irfan)

Srinagar: An encounter broke out on Wednesday between militants and security forces in Pulwama district of Jammu and Kashmir, police said.

Security forces launched a cordon and search operation in Kangan area of Pulwama this morning following information about presence of militants there, a police official said.

He said the search operation turned into an encounter as militants opened fire towards security forces’ positions.

The operation was going on till last reports came in, he added.

Get the latest updates in Hyderabad City News, Technology, Entertainment, Sports, Politics and Top Stories on WhatsApp & Telegram by subscribing to our channels. You can also download our app for Android and iOS.

Air India Express flight with 191 on board crashes while landing...

Tiger Shroff clicked outside a popular dubbing studio in the city

‘I Was Compared To Ajmal Kasab In Jail,’ Says Anti-CAA Activist...

Sushant Singh Rajput Was The Least Political Of Film Stars From...