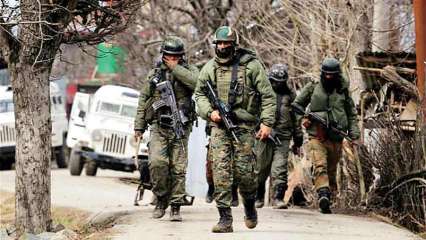 An Encounter started between security forces and terrorists in the outskirts of Srinagar in Jammu and Kashmir late on Thursday night.

Police confirmed the exchange of fire in Malbagh area of Srinagar.

In a tweet confirming the encounter, Kashmir zone police said, “#Encounter has started at #Malbagh area of  #Srinagar. Police and security forces are on the job. Further details shall follow. @JmuKmrPolice.”

At least one terrorist has been killed in the encounter so far while a CRPF jawan also lost his life. The operation is still on.

“One CRPF jawan has martyred. The QAT (Quick Action Team) jawan succumbed to his injuries in the hospital,” Inspector General of Police, Kashmir, Vijay Kumar said.

This is the third encounter in Srinagar in the last 45 days.

According to officials, a joint team of Police and CRPF launched a cordon-and-search-operation late evening in Malbagh area outskirts of Srinagar.

As the joint team cordoned the suspected spot, the hiding militants fired upon them, a police officer said. The fire was returned by the security forces, triggering off an encounter.

Sources said that there are inputs of 1-2 terrorists hiding in the area.

Rahul Dev On Working With Aftab Shivdasani For The 4th Time,...

Jitendra Kumar is a Master of His Craft in This Slightly...

My work only allows Internet Explorer, so I have to manually

The ‘Black Day’ Of Hyderabad State – The Fall of Nizam...

Deepika Padukone to star opposite Prabhas in his next