Nawazuddin Siddiqui was perhaps a chameleon in his previous birth. That possibly explains his penchant for immersing himself into his characters. An unassuming presence off-screen, the effect is totally reversed on screen. You can’t take your eyes off him. His gestures say a thousand words and he steals the scene even with his silences. He can be the legendary writer Saadat Manto, Shiv Sena supremo Bal Thackeray as well as the fictional crime lord, Ganesh Gaitonde, with equal ease. Who would have thought that the no-name actor, who was beaten up by the police in Sarfarosh (1999), would one day rub shoulders with top stars and make them a fan of his talent? But showbiz dreams are made up of such improbabilities.

I first met Nawaz on the set of Gangs Of Wasseypur (2012). He had made waves as a maverick police inspector in Sujoy Ghosh’s Kahaani (2012) and was basking in his newfound success. Anurag Kashyap’s Gangs of Wasseypur escalated that even further and made him a household name. The National School of Drama graduate since then has wowed viewers with a medley of portrayals in hordes of films. Aamir Khan’s Talash, Salman Khan’s Kick and Bajrangi Bhaijaan, Varun Dhawan’s Badlapur, Shah Rukh Khan’s Raees and Ketan Mehta’s critically acclaimed Manjhi – The Mountain Man comprise just a few of those.

Now, hurrying through numerous interviews in a five-star hotel in Mumbai, he seems to be the same person I first met. Ask him whether he’s changed and he grins. “A person has to change with time. But your honesty shouldn’t get corrupted, otherwise you’ll lose out as an actor. I believe I’ve been able to retain my truthfulness and integrity.” Back in the ‘80s, an actor like him would have been relegated to just art cinema. But Nawaz today is thriving in the mass space. His last release, Debamitra Biswal’s Motichoor Chaknachoor, for example, saw him as a leading man opposite Athiya Shetty.  “I don’t understand what mainstream cinema is.  I’m doing the work that I wanted to do,” he cites modestly.

He agrees that he does not have to struggle to get films now. He states that he wanted to do romantic roles from the beginning of his career. He reminds you that apart from romancing Athiya, he has also romanced Sanya Malhotra in Ritesh Batra’s Photograph.  He smiles, “Ten years ago, looking at my face, people used to reject me for such roles. Now, filmmakers think I’m capable of such characters. Why should I say no to them? This is the right age to do it. I can’t do romantic roles at 60.” He’s amazed when people accuse him of doing films strictly for money. Something like Munna Michael for instance, which had him co-starring with Tiger Shroff. He counters saying all actors work for money. “Signing a film purely for money doesn’t mean you have to give less than your best as an actor. I’ve given my 100 per cent and more to such films too.” He adds that variety helps him grow as an actor. Or else the industry is quick to typecast actors.
It’s said that there are two kinds of actors. One type is always in character and the other can snap out of it at will. What’s Nawaz’s approach towards his roles? He states that it depends from role to role. He needs to know the mindset of the character he’s portraying. For that he works closely with the director, as well as the writer of the film. “I listen to everyone’s views and pick out a common element from them. Basically, my aim is to start thinking like my character. The rest follows,” he says. He gives the example of bringing to life the late Balasaheb Thackeray in Abhijit Panse’s Thackeray. He said he didn’t want to mimic the politician. He wanted to convey the essence of his personality. “I wanted to look like him but not imitate him. It was a challenge to be able to portray his charismatic persona. Seeing the response, it seems to be well-received.”

Sometimes a role does get to him and interferes with his off-screen life. For instance, Nandita Das’ Manto acted as a sort of truth serum. “After doing Manto, I wanted to speak the truth however bitter it was,” he laughs. “I had to face many difficulties because of that. I realised that if you want to live peacefully you have to lie sometimes.”

He does comedies because they give him relief from hardcore roles. Interestingly, comedy is considered a tough nut to crack for actors but Nawaz bounces to a different beat. He jokes that films where he has worked the hardest on his characters have mostly not done well at the box-office. “So it’s better to take up something, which has more chances of earning money,” he chuckles. More seriously, comedy helps him maintain a balance. “An actor can easily fall into a comfort zone. It’s good to keep changing genres.”

The talk veers to his recent web series Sacred Games. Celebrated author Paulo Coelho had even recommended Sacred Games to his Twitter followers calling Nawazuddin a ‘great actor’. In the web series, Nawaz plays Ganesh Gaitonde, a Mumbai don with a God-complex. His dialogue, “Kabhi kabhi lagta hai apun hi Bhagwan hai (sometimes I believe I am God)!” has acquired cult status.  Based on Vikram Chandra’s book of the same name, it centres around police officer Sartaj Singh (Saif Ali Khan), trying to save the city from an attack. Gaitonde tips him off before killing himself.Nawaz is all praise for his co-star. “Saif has balanced his role well. He experiments a lot. He has experimented in Laal Kaptaan as well. That’s why I like him.” 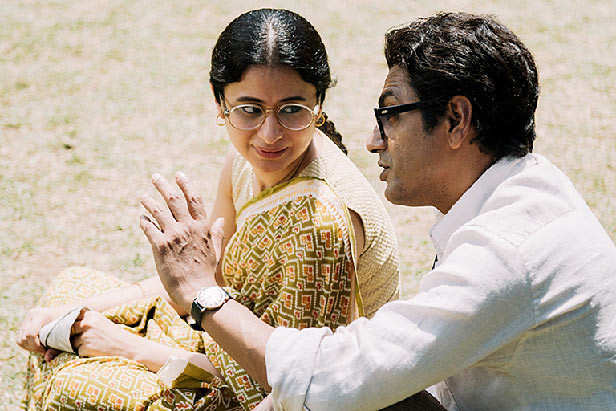 Part one of the series (co-directed by Anurag Kashyap, and Vikramaditya Motwane) was much appreciated but part second (co-directed by Kashyap and Neeraj Ghaywan) didn’t match up to the hype. But it won Nawaz worldwide notice so much so that offers from Hollywood have come his way. But Nawaz is in no hurry to go there. “Satyajit Ray rocked the whole world sitting in Kolkata. I don’t need to work in Hollywood to prove that I’m a good actor. When I am getting good roles here, why should I go to Hollywood?”

Cinema is often called an escape door from life’s mundanities. Nawaz says that’s why he became an actor in the first place. Acting helps him escape the real world into a world of fantasy. “You face a lot of lies in the real world. In cinema too, you put on a mask and live a character’s life truthfully for some time,” he explains.

He adds it’s important for an actor to have emotional support in the form of family and friends, who help him stay grounded. Nawaz and his wife Anjali have two kids, son Yaani and daughter Shora. He admits he should be spending more time with his family. “If I reach home early, it’s a surprise for my wife,” smiles the actor who has Kushan Nandi’s Dimple Kidnap Ho Gai Hai (DKHGH) and Mysskin’s Tamil film in the pipeline. “When my daughter complains, my wife tells her about the struggles we’ve been through, to enjoy these better days. Kids should know about your hardships. So that they don’t take things for granted,” he reflects.
True that. 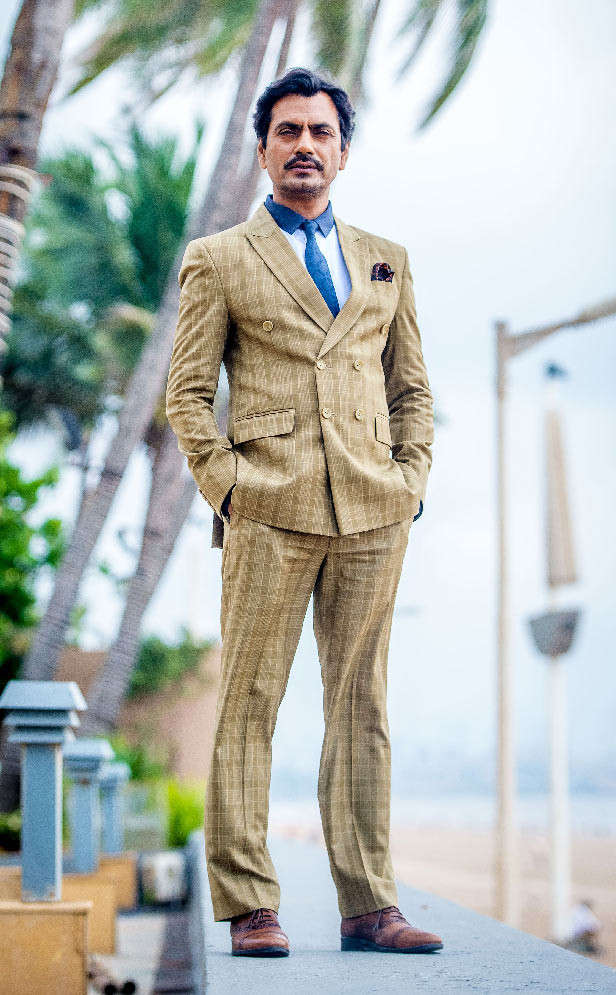 Hrithik Roshan on how to amp up a casual look

Makers of Prabhas’ Adipurush Will Spend Rs. 250 crore on VFX

Makers of ’83 pay tribute Kapil Dev and his World Cup...